So, WoTC just released the Top 8 Decklists for the Magic Orgins Regional Pro Tour Qualifiers. I had fun perusing the lists and, of course, I noticed that many of the same decks came up a lot. I started to wonder how just how much “a lot” was for some of the decks, and decided to write a little script and made some graphs. I thought people might like to see them as well. Here’s the breakdown of the major players: 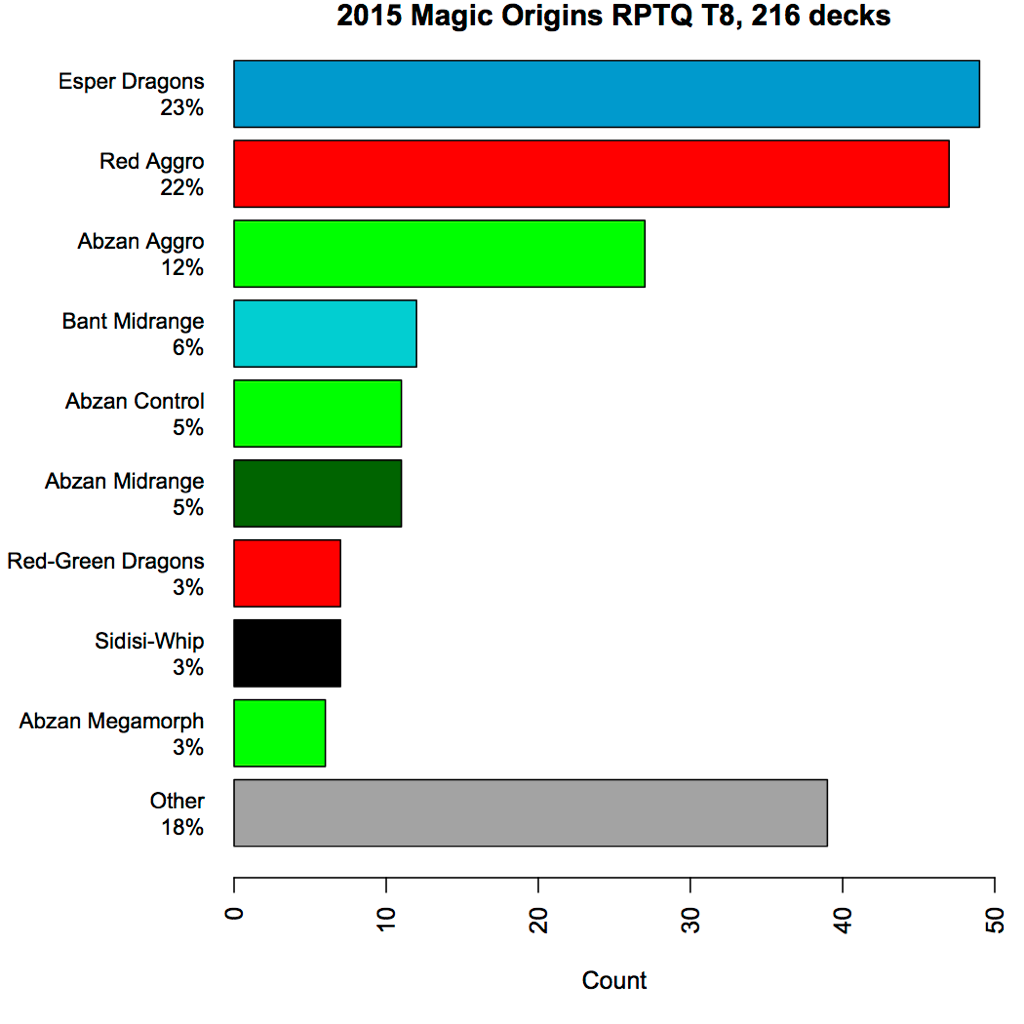 A lot of Esper Dragons and a lot of red aggro. I just scraped the deck titles as they appeared on the WoTC site (with a few corrections of obvious typos), so the “red aggro” category doesn’t split out Atarka Red from mono-red builds. I just skimmed over the lists so I don’t have a clear sense of how that category actually breaks down.

Notice that the “other” category is less than 20% of the total metagame. I’m not sure exactly what that means, but it’s 24 different decks in those 39 “other” so most are 1- or 2-ofs in that group.

I also like to look at which deck actually won, though here I suspect that there were a lot of decks that “won” in name only since either the whole top 8 or in some cases just the top 4 qualified. Thus, it’s not clear how much incentive there was to actually come in first at these. Regardless, here’s the graph: 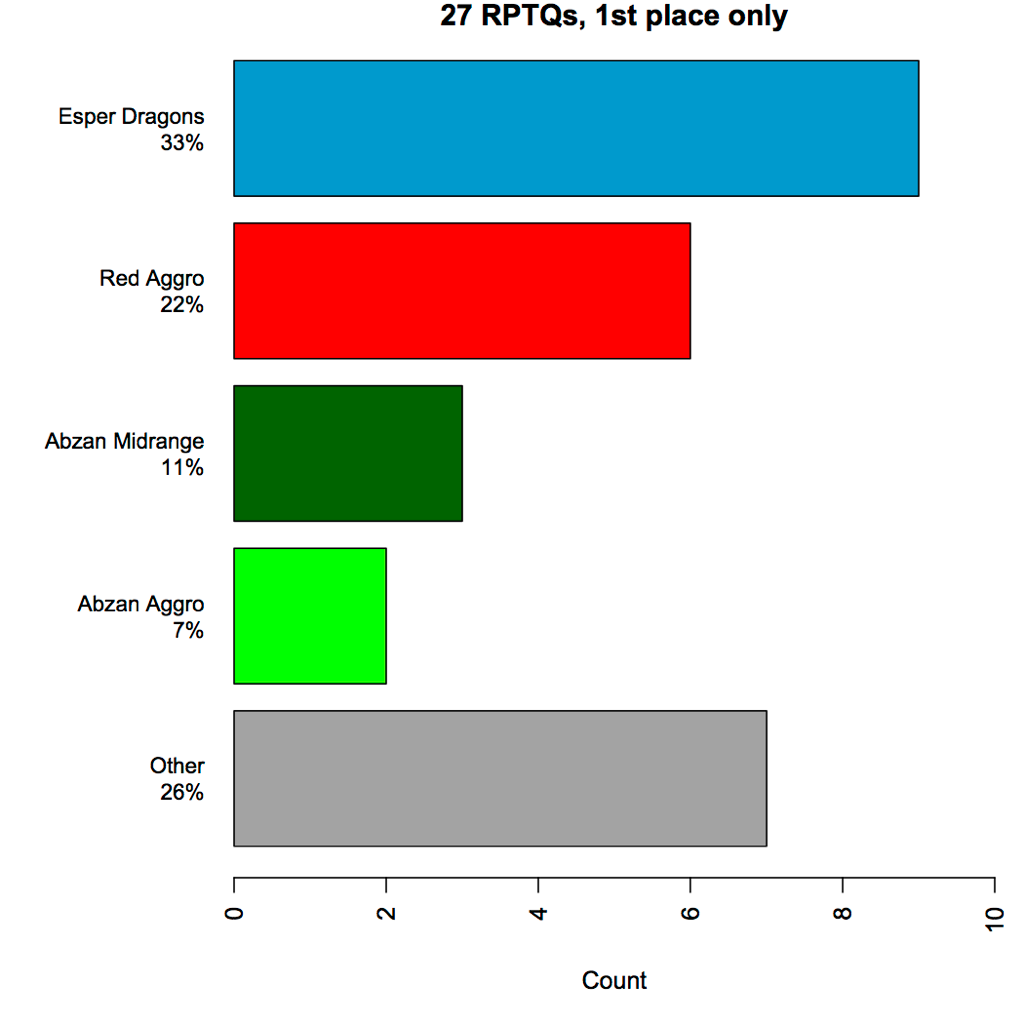 So, Esper Dragons not only was the most frequent deck in the top 8, it also had a high conversion rate once it got there. Abzan Midrange also did quite well, converting 12 top 8 entries into 3 first-place finishes. Notice that the “other” category is a bit larger, with 7 unique decks in there, most notably not including Bant Midrange or Sidisi Whip. (There was one each of Abzan Control and Red-Green Dragons.)

The best converters of top 8 into winner, though, were Chromantiflayer and Temur Dragons, both of which had 2 top 8s and 1 win, so a 50% rate. (In fact, the best conversion rate was actually 100%—Flores’s Blue Dragonlord Control deck—but that wasn’t exactly a known metagame choice going in, whereas we’d all seen Chromantiflayer and Temur Dragons before.)

Hopefully this, in combination with the usual GP and SCG results, are useful/interesting in helping people navigate the near-future Standard metagame.