I drive a 2002 Mazda Protege5 which I had in for service today (something covered under warranty, yay), and the dealer, which is the largest in Houston and thus has at least some pull with Mazda, had a 2009 Mazda6. It wasn’t for sale, it was just there for the staff to check out.

This is not a car that I’m particularly interested in—other than that I like to see Mazda do well because I like Mazdas in general—but it’s something of a rare find. They let me poke around in it a little, and it definitely addresses some of the things buyers in the Accord/Camry segment definitely want, like Bluetooth and iPod integration, faux wood all over the place, and the like. The seats were very comfortable and the back seat has a lot more space.

I also took some pics that I thought I should share. Unfortunately it’s overcast in Houston today (a rarity), so the light wasn’t that good and all I had was my cell phone camera, so the pics aren’t terrific. But I haven’t seen “in the wild” pics of the 2009 Mazda6 yet, so I felt obligated. 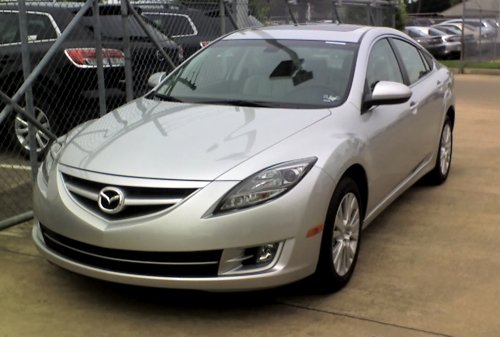 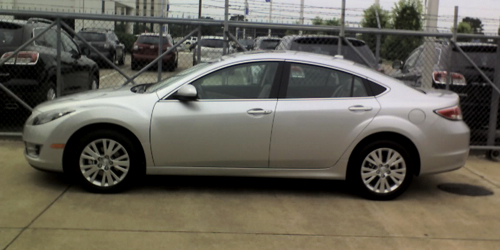 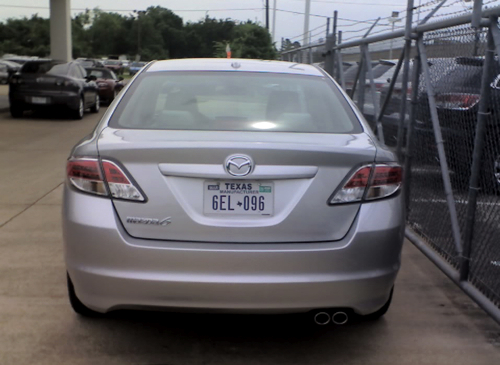 Incidentally, I’m not interested in one myself because it’s way too big for me. We have a Toyota Highlander Hybrid for family hauling duties and that’s also my wife’s daily driver. I’m mostly a commuter and recreational driver, and the cars leading my thinking to replace my beloved Protege5 are the MazdSPEED3, the Civic SI, and I really want to check out the MINI Cooper S Clubman.